Our very own Copper Fit spokesperson, Brett Favre, was recently elected to enter the Pro Football Hall of Fame.

Favre is among eight members for the Hall’s class of 2016. He’ll become the 24th member of the Packers organization voted into the hall, and the 5th who has made it in his first year of eligibility.

Favre holds the NFL record for most consecutive starts at 297 games and he won three straight NFL most-valuable player awards. He has a career record as a starting quarterback of 186-112 (.624 winning percentage). He made it to two Super Bowls and he has won one. He also has the league’s most pass attempts (10,169) and completions (6,300), and second-most touchdown passes (508) and passing yards (71,838). He was named first-team All-Pro three times and to the Pro Bowl 11 times.

Congratulations Brett! We’re honored to have you as our Copper Fit spokesperson and happy to see you named as one of the best in NFL history!

← Prepare for the Big Match with Copper Fit!
Sharing Some Copper Fit Love → 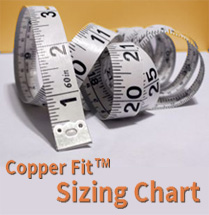 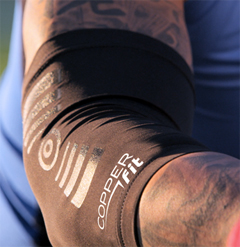